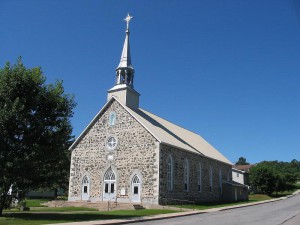 The Church was built in 1869. It is September 23rd of the same year, that Msrg. Gigues did the solemn blessing, Ste-Anne’s Church was considered for a long time as one of the most beautiful churches of the diocese.

It was however, only two years later, in 1871, that it was completed inside.

All municipalities in the province must have an alert system to disseminate information to residents about emergency situations or disasters affecting the municipality.

In order to benefit from this free service, you must subscribe and choose how you want to receive the alert messages.